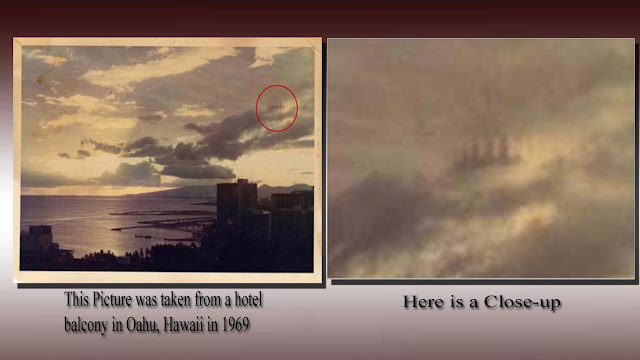 Hey Guys! I have a lot I need to say but I'm not real sure of where to start so I guess I'll start here. I think things are pretty messed up. If you go to the Secret Enterprise Blog you'll see what I posted today about this whole election process. That is going to be really interesting to see how that one goes down between Wednesday and Nov. 6th. That whole ordeal between Romney, Obama and Trump is going to be.... educational if nothing else!

I've been seeing a lot of information in regards to Nibiru which you can see by going Here. The links are endless along with the evidence. Who would have ever thought, huh?  There is no telling what is going to happen with that but if in the event it does happen or Robbi and I along with millions disappear all at once because Jesus Returned for us before hand then I have some things I want to say.

I have been watching the events that have been taking place globally and I'm not shocked and shaken or surprised because the bible said it would happen. Whether you believe it or not it doesn't really matter because your beliefs don't change the facts of what has been written, what has already taken place and what is about to happen.

From this whole Zombie Apocalypse thing to nature's destructive phenomenon's you can't seriously deny any of it and you don't need some scientific explanation for things that are right in front of your face. You can look online and see where it has rained blood in India, rivers have turned to blood from the US to China, and some are boiling check it in Russia, the earthquakes, the strange weather patterns, the signs in the heavens, the wars, the love of many going cold, the mass animal deaths from birds to fish, to deers, whales, dolphins, crabs, turtles, frogs... the list is endless. Do the research for yourself because I'm not doing it for you. You have the word of God, the prophecies, whether you look to the bible or you go in the direction of Edgar Casey, Nostradamus, Issac Newton, The Mayans or anyone in between it doesn't matter because they all say the same thing.

Now I'm not one to believe just anything and that's probably because of my lack of trust in people but I have done the research myself and my findings were very substantial and conclusive, just do the math people, it's not that hard.  So, what do you do? Panic? Nah... you can't do anything to change the events that has already happened and you can only pray about what is going to take place but in all reality... it is what it is and all you can  do is make sure your affairs are in order, make sure you're right with God and make sure you know what to do if you do survive... just saying. So, are we all gonna die? Probably. Everyone dies eventually anyways but as to when... only God decides that.

You have so many people who try to debunk everything. Whether it's because the facts scare them, or lack of belief or for whatever reason, the facts remain and the numbers don't lie. Why don't the government tell us, simple... they say they can't save everyone and they don't want to cause a world wide panic but they said they only want to save the elite..  So I guess that leaves us out... If the people who are speaking out from NASA are lying... then there's nothing to worry about and nothing will happen.

But you should always try to live your life as if it was the last day because no one is promised tomorrow. Now don't worry,  I'm not going to push any religious agenda's on you, all I have to say on that is You need Jesus! Plain and Simple!

Robbi and I have hidden areas on our websites where you can find information that you will need along with resources you will need for survival. Now we're sure you're bright enough to figure out how to get into the hidden areas. If you can't figure this out, then how the hell are you going to survive when everything hits? You'll find it I'm sure.. but in any event.. good luck with that. But let me make one thing clear, neither Robbi or I will give anyone detailed instructions as to how to find it so don't waste your time or ours by asking... we did the work all you have to do is get to it. Just...think of it as a treasure hunt. We've made it this way because as you know.. it's the foolish things that confound and confuse the wise and not everyone will understand or figure it out but if you do, then I guess you're meant to.

It's not easy for me to get time to write as much as I'd like to. But I hurt my back so I have been working from bed and I am taking this time to write in here. Robbi has been such a sweetheart. Watching over me and taking care of me while I'm down. He is what you call the perfect husband in every way. I thank God for him. He's sweet and amazing but his feathers get ruffled when I do attempt to do the dishes or anything like that while my back is hurt because it's painful and hard for me to get around. We were invited to a party tonight but Robbi said no because he doesn't want me out and about with my back the way it is. We went out yesterday and he asked me if I would be okay and able to handle it. I got in the car and OMG... anyway, we had a busy day and ended up at a dinner party but by the end of the day I was really paying for it so tonight we're staying in, cuddling, watching movies and fun stuff like that. Robbi made dinner and now the chips are ready to go, movies are set... it's gonna be a good night. So... I'll finish this later or tomorrow, I'm not going to keep him waiting.