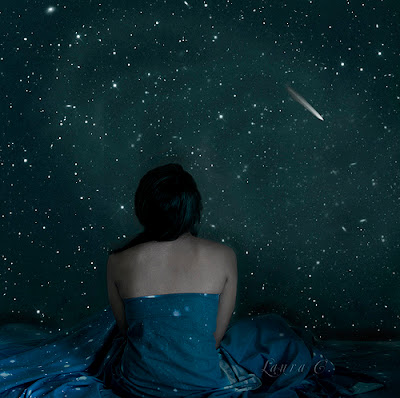 Jeremy, A 15 year old young man tells a family friend to make him a promise to never let his mom give up or quit her music. It was very important to him that this promise was made saying she cannot stop, no matter what. Little did anyone know the young man would lose his life shortly after in a house fire caused by lightning. It was several months later the mother learned of his request.

Sam, A 62 year old gentleman fighting cancer goes to visit the same young lady that he was friends with from church where they played music together on occasion.  Thanksgiving Day, the gentleman visits the young lady with his 3 sons he had just got custody of. He knew the young lady had just lost 3 of her children to a house fire caused by lighting where her children passed away. As he was being wheeled out of her house he stopped his sons and told them to wait a minute. He told her, "Never, Never give up on your music. No matter what, you can't stop. God has plans for you and your music. Promise me! " She promised him and he left. Not long after he lost his battle with cancer and went home to be with God and the angels.

Don, a 42 year old man meets the young lady and becomes friends. A man in love with God, who spent a lot of time helping the community and those less fortunate then himself by giving food, supplies, household goods along with offering rides to others. He was very wealthy and lived with his son. He had a soft spot for the young lady and what she had endured. He would visit her or take her and her son to his house for dinner. He would tell her stories of different things he was going through or was going through and how God was helping him, blessed him and took care of him and his son. One night he took the young lady home knowing God had called her away from where they were living. They talked in the truck on the way to her house and he told her, I want you to know your nightmare is now over. It may not all be easy but not like you've known it to be. It was the last time she ever saw him. She moved two days later and 4 months later the young lady got the news that he passed away in his sleep. She never knew to this day what caused him to pass away but she'll always remember his final words to her and remember him as the true and dear friend he was.