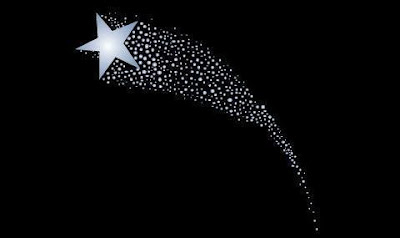 A hot summer day, a young girl at the tender age of 10 gets out of their swimming pool and did what she always did, started singing to the radio in their backyard while using a hairbrush as her microphone while her dad proudly cheered her on. One day he looked her and said "You're going to be a star someday".

A Sunday summer afternoon a young lady celebrates her first birthday as a teenager, the big 13!  Hanging out with her dad as they did for years. The young teen starts singing and her dad tells her again, You're going to be a star someday. Don't let anyone or anything get in the way of what you're supposed to do. The girl smiles believing she had a lot to look forward to.

Hazel, 74 years old tells her grand daughter about her life and that the young girl had a third cousin by the name of Chet Atkins a well know country artist and tells her about the times they would hang out together along with their friends who were known country stars such as Buck Owens, Ernest Tubb among others. She would tell while showing pictures of them sitting on her front porch playing music and singing together. The aged woman was gifted with many gifts along with the ability to see the future, tells her young and aspiring grand daughter that she will be a star like her friends were,  playing and singing on TV just like them. The grandmother also told the young girl that she wouldn't be around when she 'went home'. A few years later the grandmother passed away while the young girl was out of town.

David, 19 years old. Musician, (Keyboards, Guitar, Bass and Drums) singer, songwriter was dating a girl who was 18 years old and working two jobs living with her best friend and sister Cheryl Weber. David, the young man gave the young lady her first guitar. He was also her school sweetheart for many years since she was in the 5th grade. This young man, David wrote a song for her which is now performed by Kansas called, "Baby, Hold On". At the time he wrote that song, he was in the 6th grade and she was in the 5th. He wrote it for the young lady because of what she was going through at that time. He ended up being very instrumental in the start of this young lady's journey. One October evening the young man tells the girl, "You're gonna make it babe!" and it was that night he suggested starting their first rock band together along with his brother, Bobby who was also a multi talented musician. They formed a band immediately called the "Sour Grapes". David sold the song to Arista Records which soon became a hit and he used the money to help pay off his parents house.

JD Armstrong, 32 year old who owned a recording studio and played gigs with country artist, Bobby Bear meets a young lady only 21 years old where they become the best of friends. She played a major role in running his recording studio and helping his band by bringing him the musicians he needed at any given time. She was also the one responsible for putting his band together that became a household name in 2 states. He ended up playing a major role in her life as well by making her take her music more seriously and start recording. He really looked after her and her career and took her under his wing. One day, the girl was dragging her feet about recording when she finally went into one of the rooms, he locked the door behind her keeping her in the studio room until she had 3 songs recorded that day. When he unlocked the door the girl stormed out and started walking out of the building. He immediately stopped her and told her they needed to talk and escorted her into the office. He asked her if she wondered why he was pushing her to do her music more then with anyone else. Angry, the young lady demanded, "WHY?!"  The man shut the door and told her to sit down and said, "I'm sorry, but when I look in your eyes, I see something that I have not seen in one person that has come into this studio." Sharply she said, "Yeah? What?!" he said, "Me!" The girl was shocked and became silent as he proceeded to tell her that he saw that she had a pure heart and an innocence and he was determined to protect that and how he saw her in a vision that she would make it to the top and he wanted to make sure that he was a part of making it happen somehow. From there, they played several gigs together for years until JD and his wife; Beth had to move to another state 2 hours away to run a family business because they couldn't keep up the house payments where they were currently living. They remained in touch, visited each other often and still did many gigs together, but now in 2 states.  Eventually time took it's course and their contact slowly faded as the girl's schedule began conflicting with his and gigs were getting fewer and fewer. Later, the man's wife passed away due to brain cancer and he began dealing with serious health problems due to his extensive lifestyle. The man faded from the public eye then his music was a thing of the past and remained only a memory to those who knew him.

A spring night filled with a million stars in the sky and a young lady,  22 years old was sitting on her front porch listening to the C.M.A. awards on her television she could hear through her front door screen. She got up and proceeded to sweep the front walk as she listened carefully to everything that was going on inside. As she swept, she thought back on her young life, the road she was on and the obstacles she had over come. It seemed everything was set in place for her to fulfill her dreams. That night as she swept her front steps, she listened and prayed asking God for something special. Immediately afterwards she looked up in the sky and saw her first shooting star. She believed God must have heard because she never seen anything so spectacular. What this 22 year old young lady didn't know that night was the obstacles she overcame was only the beginning. Little did she know she would be spending many years of her life over coming huge obstacles, storms of horrific nature only to get just passing glimpses of her dreams that was ripped away from her that many already have and take for granted.

A cold November day, a young lady 29 years old receives a phone call. It's her dad. He tells her out of the blue and to her surprise that he knows one day she have a a number 1 hit song and she will see her dreams come true in music. He proceeds to tell her he wouldn't be alive when it happened although he said, he wished he was, but knew he wouldn't be because he was fading fast but told his daughter to never stop and never give up, no matter what. The daughter got very upset with her dad telling him not to talk like that, he sharply cut her off and told her to "just listen" because he didn't have much time. She listened while he spoke and it wasn't long after that she receives a phone call saying her dad passed away.