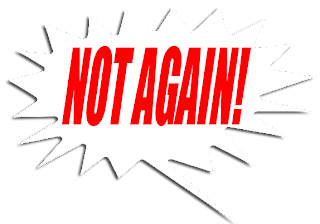 What is this 4 letter word I'm referring to? Simple... DOOM! I think it really gets to me when all I'm seeing is doom this, doom that with absolutely no hope for the future. Now, you have those who get sucked right in and it seems to be all they live for. But what about those who just want truth? Honesty? Reality? Hope?

Well, since hope for the future seems to be in short supply we created a website which you can see by clicking here where it gives hope.  Don't get me wrong, I'm not one of those sheeples who believes everything the gov. says and I don't live in a make believe world where it's all daisy's and roses.  I am very well aware we are in the last days and that Jesus is coming back for his bride in the very near future.

Not to sound arrogant but I probably know more than you because of the research I do and the resources I have and with that being said, that's all you need to know on that. In reality I am genius which has its advantages but it can also have its disadvantages.  People need to realize that we still live on this planet until such a time occurs and if you're too busy looking for the doom... you miss the joys, the blessings and those moments that take your breath away.  You want to spread the news of end of the world, gloom and doom? Remember this...You can't be too heavenly minded that you're no earthly good and vice versa. Deliver your messages, share your visions and your prophetic dreams but show love and make sure you give people hope. If people lose hope then they seem to lose all sense of humanity and all that entails with it.

I think people fail to maintain a healthy balance, a middle ground to speak the truth while giving hope for the future. People in this world have changed so much that things are no longer like they were in the 50's where everything was pure or the 80's where great music and spandex was the trend. Now, we live in a world where wrong is right, the innocent is guilty and if you open up your mouth and give an opinion, then you're considered a terrorist because you don't think, believe or see things as somebody else thinks you should.

Everyone knows the world will someday end... but do you really want to spend the remainder of your days living in fear or would you rather spend your days, helping others, being happy and living life to the fullest? No one can predict the end of the world because if Jesus himself doesn't know when he's coming back, what makes these people think they know more then him? Follow the signs, pay attention and make a difference in this world while you still can. Don't live in fear, live in love.

Take this for example:

There was a man whose television quit working. He calls a TV repair man who promptly showed up in no time at all. He spent approximately 2 minutes hit the TV with a hammer and told the man he owned him $200.00  The man said; "For what? You were only hear 2 minutes, all you did was hit it with a hammer?!" The repair man said, "$100. for hitting the TV and $100. for knowing where to hit it to get it to work."

Basically, you have to know where to look. You should be working smarter, not harder. But unfortunately that seems to be a concept people fail to grasp. It seems people like to complicate things to such an extreme.
Here... for example:

Now.. Why such extremes? Simple? My point is this... people make things so complex and complicated the average person could never follow, understand or comprehend so they either lose interest or simply can't deal with it but either way the results are the same... they lose the person.  So.. why would anyone want to complicate the message, vision and dream that's being shared and in the process end up removing any and all hope they had because all their hearing from you is... Doom.. the world is going to end there is no hope, panic now!!

But... if you make it less complex, complicated or harsh, you can deliver your message, share your visions and dreams while leaving them with hope for the future, the desire to help others, reach out to those who are in need and make the best of everyday. No one is promised tomorrow and no man can say the world will end on this date or that. Keep it simple, keep it helpful and mindful... just use common sense when putting those things out there, that's all I'm saying....