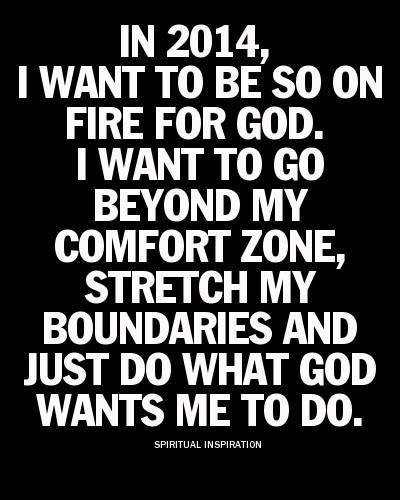 I'm sure you've all heard the old saying, watch what you ask for because you just might get it? Well, it's true.  I was reading the news stream on Facebook the other day and I was seeing posts such as, "Use me Lord, Use Me!!" Now before you jump to conclusions...  I suggest you read the entire blog first because I will not explain this because it's pretty elementary. It's great you want God to use you and I admire that in some small way but before you get all caught up in the moment, the music, the anointing and what you're 'feeling' at that particular given moment, be sure and use wisdom before you go asking God to use you as how he sees fit because even though you're having a feel good moment, the effects can be very long lasting. You seriously don't know what you're asking! Think about it... you make yourself wide open for anything and I do mean ANYTHING!  Trust me on this, I know what I'm talking about! Use wisdom before asking because you just might get what you asked for. I wouldn't be posting this if I myself, didn't go through it. I prayed that once. I didn't know any better, I was a new 'Christian', very deeply in love with God and just getting a grasp of things and although my heart was in the right place I didn't think first because I was caught up in the emotions of the service, the music, the anointing and the presence of God. As much as I love God, I'll never do it again because to me, that was a license for all hell to break loose on me and my children. Had I known a head of time of what I was about to happen to our family, things would be a whole lot different and I believe my kids would still be here with Robbi and I now.  Instead, I ended up becoming a modern day JOB.  just saying... Anyway,

I think before asking God to use you as he sees fit then maybe you should be more specific about what area or how. Don't just lose all control of yourself by saying such things as "unshakeable faith", "Use me Lord, Send Me Lord"...  You wouldn't ask God for patience because he would send people to dance on that last nerve you've got left, so don't ask for unshakeable faith, more faith, or don't ask him to send you if you're not ready to go without a moments notice or possibly loose everything you've got or hoped to have.  Just use wisdom before opening up your mouth when you're caught up in the moment. I realize God's word saying he won't give you more than you can handle but that doesn't mean the enemy won't....

I don't ever, EVER want to see anyone go through the hell I went through because NO ONE deserves to go through what I did and I'm just trying to spare you from the pain, heartache, grief and loss that I suffered  I know the bible said God will turn all bad things for his glory, and for good to those who are called according to his purpose That being said....... I don't know what happened there....  I guess we kind of slipped through the cracks on that one.  USE WISDOM and Think before you speak!!

Am I angry?  OH...YOU BETCHA!!! It's bad enough it all happened but for it to all go un-dealt with by God... that's messed up. My husband stepped in and slapped him down so to speak but my ex  was arrogant and laughing as he was almost 12 years ago. But at least my husband defended us which in all honesty is more than anyone else has.  But... Yes... I do still love God although I personally, like most parents who love their children, would never EVER willingly just stand idly by, watch and allow my children to go through this all this God has his reasons for allowing such evil to happen and go unpunished after this long but again....it is what it is. In all honesty though, it has really changed many things between the Lord and I, it just doesn't feel the same anymore.... its just a heartbreaking situation all around.

You can go to my website or Lost Sheep Publishing and find out more by checking out my book. You can read it free at Lost Sheep Publishing and you can buy it from Amazon. Seriously, how bad is it when you end up writing a book because of living through such a bad experience that effects you today as much as it did 11 and a half years earlier, must be pretty bad, right? Think about it.... Anyway, be sure to visit my website to see the videos that were done in dedication to the babies at ShirlSpencer.com and visit the dedication site to the babies!


Here a couple of videos made for the babies!


YOU NEVER TOLD ME GOODBYE

Posted by Shirl Spencer at 2:09 PM