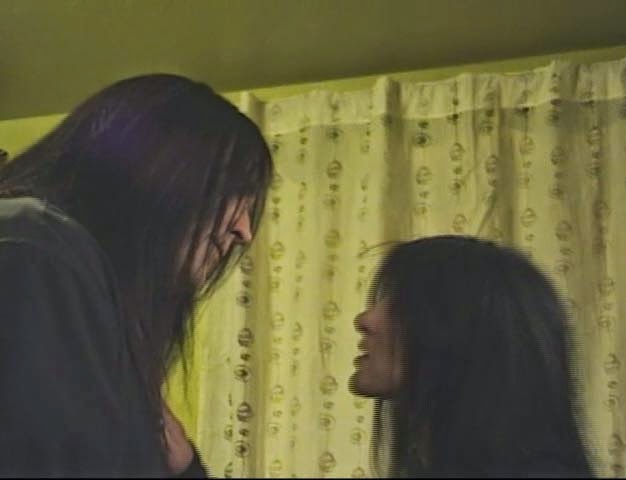 Inspired by the meeting of the man of my dreams. My Husband; Producer Robbi Spencer. Based on a True Story.
Oh they waited so long.. what are they going to do?  All they could do is think about each other.. when that day comes when they stand in each others space.  She'll look up into his eyes and the very core of her inner most being will soar as her body trembles in his sight because he holds her in complete and total captivation.

Oh what can she say when he asks? What will she do when she is confronted by the one who holds her very heart in the palm of his hand? She wonders as the phone rings and it's him. All sense of stability within herself is gone. She tries to speak but the words won't come. She sighs as she hears the sound of his voice as he speaks of holding her. For they no longer are counting the days, but the hours when the two stand face to face looking into eternity found only each others eyes.

Finally, the moment has arrives the two are face to face. The moment so enchanting, so lovely, so beautiful and breath taking that neither can speak. He so lightly touches her face with his finger tips.. so much wells up between them, the magic and the love so powerful, it over takes them... he grabs her and pulls her to him with the desire and the love he's held so long as he waited for her as their hearts pound together.. he looks in her eyes, he sees the love so strong within her, it overwhelms him.

She breaks the silence saying.. I'm sorry it took me so long... he passionately responds... I'll never let you go!  She cries from the love that she is so immersed in, as his eyes well up with tears, he grabs the back of her hair with such passion that has burned so deep within him.. he kisses her as their souls intertwine and their dreams merge into reality to the very knowing their lives have changed forever. They have crossed that line and they have gone beyond the point of no return. They know they are forever each others... he picks her up as she holds him tight and their love surrounds and wraps them with the eternal bonds of love between  them even more..

The moment so intense, so beautiful that can never be forgotten.  Their passion, their love that can be felt from anyone around them. Others watch and feel their passions unite by their love. Totally oblivious to anyone or anything around them because all they see is forever in each others eyes as their spirits embrace each other knowing they are forever secure in their love, in their hearts, in their desires, in their lives.

The moment so intense with secret desires yet unspoken as their space emerges with unbridled passion. He looks into her eyes and he grabs her arms and pulls her to him with the passion of a 1000 years of waiting. Her heart beats so heavy, so fast as she trembles before him. He looks deep into her soul as he speaks, What took you so long?

His voice so strong, so tender, so loving, yet so curious and dominating rendering her unable to speak as she looks into his eyes where all she can see a thousand emotions within his soul. Passion, love, rage, compassion and forever. Overwhelmed of the burning passion within her, she looks down only to feel his hand gently lifting her chin where once again, their eyes lock.

He awaits her response as she fumbles for the words that can't be found. She swallows hard as her heart beats to rhythm of a whole new song. Her face is flush with the overwhelming desires burning within her as her body trembles in his hands and her core wells up within her. Her silence so loud, as her eyes speak with the love of a lifetime.

As she see forever in his eyes, the overwhelming passions wells up within her being. Her words, frozen in the moment, she turns to leave the room due to the burning within her heart that  is rendering her speechless. He grabs her, pulls her to himself and looks into her eyes as he tells her, "No running!" Her heart pounds as she trembles with the knowing she is standing face to face with the love of a lifetime.

The two inseparable, caught up in forever knowing their destinies lie within each other.  The words I Do never came so easy as it does for the two spirits that dance as one.  Entangled in the dance of romance, he takes her hand and leads her to his room. Gently sits her down and turns down the lights as music softly plays. Their passions ignite, magic is born of two souls that will live forever as one.

Time marches, their love explodes into burning passions that only grows, always lived, for the two will always be known as the example of true love. Where fairy tales and dreams become reality and the storybook tales of love are not only in romance novels, but truly exist when two souls find each other.

For love, true love...  is give and take, love without reason, condition or sensibility. Love, the commitment to another where no one else matters because the journey you travel is only fit for two. Love is not blind, but aware. Aware of the fact that there is no time, and not time as we know it here, but in the universe, the heavens, that great vast that is reality ... which is everlasting, life everlasting, love without end, time without measure.


True Love can cause a body to tremble uncontrollably with just a thought of a person, it invades your thoughts, your dreams, your views, your outlook on things, and a single voice on the phone can make your IQ go down quicker then the titanic. You find yourself treading on uncharted grounds, sacred grounds.

There is nothing you can do once love has you, for your heart is no longer your own.  When a couple are truly in love... then Love is Alive! Love takes on a life and a form of it's own that binds the two hearts together and as they emerge and dance their souls and spirits are intertwined forever bound as one entity, one flesh, one soul as two spirits become one.

True Love goes beyond the surface. It's that 'knowing' where everything inside of you tells every part of your being that you just found your 'Forever Love'.  It's where nothing makes sense, even when the logic in your head tells you no and everything else that is within you is telling you...YES!

There is no shaking it off, brushing it aside, or running away from love for too long ...because true love ALWAYS catches up with you, grips you... for the loss it had just endured. The loss of your own heart. Because your heart knows it is no longer your own and you are not where your heart resides. For your heart resides in the hands of it's rightful owner. The one who holds it, the one owns it... Your Soul-mate.

The longer you run, the stronger it becomes and the more apparent and evident it is. It's when two souls become one because it's meant to be, they love very deeply and unconditionally. They love with every fiber of their being because the love comes from their heart, their soul, their spirit.... from the very core of their existence, which is eternal.

Eternal...  a long time, forever, without end, being placed in each others custody for not only the rest of your life, but for the rest of eternity where time as we know it, no longer exists. Because time stands still, where a moment lasts forever. Marriages, True Love... are a rare and precious jewel. A gift from God. Because God is Love and Love is God.

So be sure to recognize the signs of a lost and restless heart. For you will not find it within your own logic but with the one who holds it, the one who owns it, it's rightful owner.... You're Soul Mate, Your true love, for the one who owns your heart, owns you!

Isn't it funny... for centuries profound people have 'declared' love would never beckon at their door... for it didn't... it slipped in when they were unsuspecting, unaware and in the most un-looked place... In another's eyes! 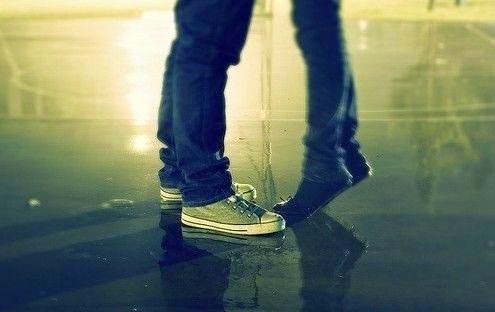