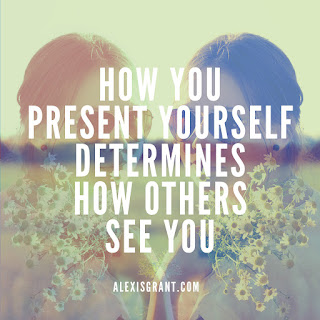 Displaying your showcase
I can't believe I'm having to write this article but how do you present yourself to the world, co-workers, friends and/or clients? I'm writing this article due to a situation that Robbi and I have had to deal with recently. Are you honest about your qualifications, experiences, skills and/or abilities? How honest are you about the little things? Who are you? Do people know you by who you are or who you want them to think you are? What showcase do people see when they see you?

If you can't be honest about the little things, then how can you expect people to trust you in the bigger things? Remember the saying, much is given, much is required. What about what you say? Do you come off like you're better than everyone else, trying to be something you're not? Do you look down on others not even realize you're doing it? How can you expect the world to love and appreciate you if you come off as though you're on a higher level then them? What does your speech say about you?

The bottom line is be honest about who you really are, what you do and what you can't do. If you claim to be able to do certain skills and when the time comes, you have no idea of what you're doing, you're going to find yourself in trouble.

Don't lie or play games with those who are trying to help you. Don't lie when you get caught or busted out because of something you claimed you can do. Once you're caught or busted out, people no longer trust what you say. How would they know if you're telling the truth? How can people trust you when everything you said was a lie?

When you're not honest with people, it really hurts them. Then it takes so much longer to gain that trust back again. They may forgive you and love you, but that doesn't mean they trust you. Trust and respect is something that is earned and you can't do that based on a lie.

Without mentioning names, we know someone who came into the studio claiming to be a producer, singer, songwriter, musician, etc. and when the time came they didn't know where to start. If fact they literally couldn't even keep a simple beat. You know how you can tap your toes to a song you like and you do it with the beat? This person couldn't even do that. The only chords they know is what they have to look up on google.


Then when the boss is away, the cat will play.

Being deceptive like that not only hurts you but it also hurts those around you. You cannot get by on life based on deceptions. That just doesn't cut it and trust me, it's not going to fly with those who are trying to help you. Anyone can say, I was going to do that, I meant to do that, I thought about doing that.... The world is full of people with good intentions and so is hell but that doesn't change anything.

The world is tired of hearing pretty words that go no where. It doesn't matter who you are, do not make promises you can't or have no intention of filling.When someone shows you how to do something to help you, don't go off doing your own thing until your at that level you can do it otherwise all it does it piss off the people trying to help you because you didn't stick to what you were taught, you're having to go back to square one and start all over again.