This Blog is rated "C" for Caution.
Freedom of speech is widely used here to speak the truth. 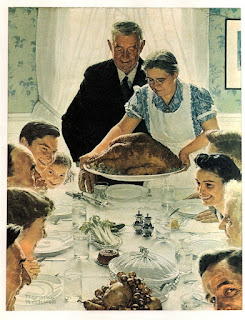 Remember when we were kids? Everything was so simple back then. No one was too sensitive as they are now, where you have to be careful of what you say and how you say it and stating an opinion was never an issue but now we're living in a time where the freedom of speech is almost forbidden. I remember learning about Christoper Columbus discovering America in 1492, even though the Native Americans were already there. Remember... the reason for that whole Thanksgiving thing?  Yeah....that....  anyway.... I remember learning the earth was indeed round. Now we have satellites to confirm and clearly show it is in fact round but somehow people still 'claim' the world is flat. I remember when there was a globe in every classroom and everyone understood the world was round and every morning we stood with our hand over our heart said the pledge of allegiance, Sunday church was a family thing and it was a pretty cool place to live. This whole flat earth thing..... do you really think those who now claim the world is flat is an accident? Not quite....  Matthew 24:24 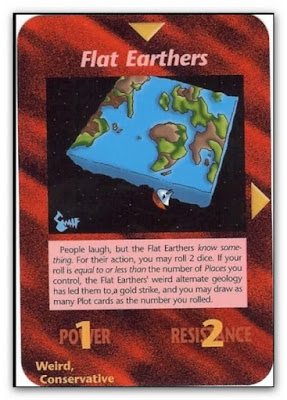 “Flat Earthers” from the ‘Illuminati card game’ Pre-planned for control? Couldn't be... or could it? Research for your self and find out.
For More Illuminati Cards.. Click Here

Bibles were removed in 1963. The day it was removed the woman had a victory speech laughed while walking off the platform and was heard saying, "Where is your God now?" Things from there went downhill. 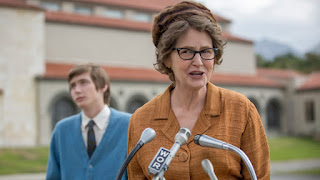 In 1960, in the midst of a career as a social worker and civil rights activist, Murray O’Hair filed a landmark lawsuit against the Baltimore City Public School System on behalf of her older son, William, arguing that it was unconstitutional to force him to participate in Bible readings while attending public school. The lawsuit eventually reached the Supreme Court in 1963, with an 8-1 ruling in her favor.

We're now living in a time where Good is bad and bad is good, truth is hate speech and people love evil more than righteousness, just as the bible said would happen. You have people in high places doing the most horrific things to people, kids as well as deceiving the public to keep them enslaved, confused, brain washed and under their control... yet... they don't or won't see it.  The mainstream  controls the flow of information to keep it going and does nothing to help any of the situations that are critical. People condemn our President for doing good, while corruption is the rule of the day. What happened??? BTW... he didn't divide the country or the world... but if you really want to know what did... do your research.

I love to watch shows like Andy Griffith, Home Improvement and movies such as White Christmas and Miracle on 34th street and thinks like that because it was so pure back then. Something you would never see these days.  They were genuine, it had integrity and a purity which will be greatly missed.

I like to do a lot of designing in 3D. Worlds, objects, people...   and I keep the purity and balance in all my 3D worlds. Where love, integrity and honesty abounds, justice is rightly fulfilled and there is NO CORRUPTION in the justice system what so ever. I build the worlds to suite my heart because I can't seem to find it in this world we live in, that's for damn sure.

Remember those end of the world movies? In the movies you see a brave and caring President who goes above and beyond the call of duty to save the world... now we actually have one like in the movies...  and people put him down, fight and go against him every chance they get. They never had a problem with him before he ran. He was loved and highly respected but because he ran.. it's been an all out war on him which... is really jacked up. But in reality... it really has nothing to do with him... personally. It's a good vs. evil, light vs. dark type of thing.. where the line is drawn and people make their choice. It could have been Mary Poppins who became president and the same thing would have happened to her. But I'm not going to explain it... do your own research.

It's also clear we're living in a reality or... matrix where the truth is stranger than fiction and as true as it may be... it's to be considered a conspiracy. Where does "Conspiracy" come from.  The meaning of Conspiracy has been an issue of debate the last couple years... stating it's just a conspiracy. Seriously... no joke.

The Term "Conspiracy Theorists" was originally created by the C.I.A. in 1967 to Attack Anyone Who Challenged the "Official" Narrative.

The term is used as a means of tricking people into believing the truth as a lie, or what is referred to today as 'fake news'. Knowing people would not or did not investigate the matter for themselves it was deemed that anyone labeled as a conspiracy theorist would be mocked and shunned by the public and believed to making the story up..


Although many are now stating who created it and why is all Conspiracy as well or better known as Fake news. It was never a debate until everyone starting crying... Fake News on most everything.
As long as you research things for yourself... then it won't be a question. Never rely on someone's word...and always research the information and get the facts for yourself.

Now... before you just go running off to some fact checking site you might want to try actually researching the information yourself first and you just might be surprised what you learn about the situation your looking up and try researching some of the fact checking sites as well. Not all are as honest about the facts as you may presume or so it may seem. (My opinion is not directed to any 'fact check' site directly) So.. save yourself the embarrassment and aggravation and try looking up the facts for yourself first and by doing so, you're one step ahead of everyone else. 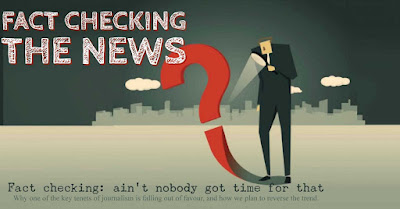